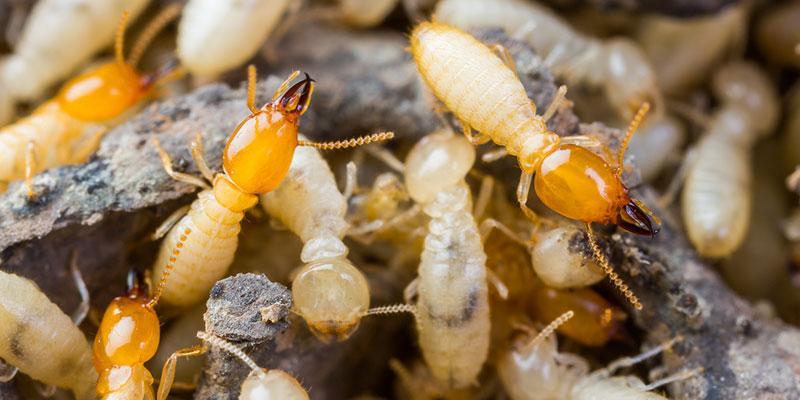 When you’re a homeowner, it’s natural to worry about termites. These pests may be small, but they can have a big impact on your home and cause extensive structural damage, leaving you to foot the bill. In fact, termites are so destructive that they cause over $5 billion in damages to homes across the US every year. That might sound overwhelming, but we’re here to teach you everything you need to know about termites here in Tennessee.

How Common are Termites?

The US Forest Service created a map of zones across the United States as an estimate of overall termite activity. Pest experts use this map to determine whether inspection or prevention is required for protecting homes against termites. Tennessee is in Termite Infestation Probability Zone (TIP Zone), #2: moderate to heavy. This means the potential for your home to experience termite damage is considered significant.

Experts have estimated that 1 in 5 homes in high-activity areas, like Tennessee, have been or will be attacked by termites at some point. In fact, termites are responsible for 90% of property damage and cause $5 billion in damage each year.

Types of Termites in Tennessee

There are over 2,000 species of termites in the world, all with their own unique appearance and behaviors. Luckily, only 50 of these species can be found here in the United States, and they each fall into one of three main categories: subterranean, drywood, and dampwood. The most common kinds termites in Tennessee are subterranean termites.

The most common termite found in North America—and in Tennessee—is the Eastern subterranean termite. Subterranean termites live underground and create mud tubes, a type of tunnel, to safely travel from their nest to their food sources. They have saw-toothed jaws which allow them to bite off small fragments of wood, which is how they inflict damage on structures such as your home. Subterranean termites are active 24/7, which means they’re constantly eating, making them the most destructive type of termite.

The voracious appetite of eastern subterranean termites makes them particularly destructive. Even a moderate-sized colony of these aggressive termites can do substantial damage before they are discovered within walls where they prefer to feed. To find signs of an infestation of Eastern subterranean termites, check the exterior of your home, close to the ground, for tunnels made of wood and soil called “mud tubes.” If the infestation has progressed enough, you may find softwoods within your home that sound hollow when tapped, uneven and bubbling paint, or discarded wings around window sills and doors.

While these wide-ranging termites are most common on the West coast, they are also found in eastern states as far south as Florida. Dampwood termites get their name from their preference for moist, decaying wood, and can be often found in rotting stumps and logs.

At about ½” in length, dampwood termites are larger than other species and while they don’t usually target homes, they  are capable of quickly damaging buried fence posts or poles, especially in moist ground.

Formosan termites are actually a species of subterranean termites, but are often differentiated due to their ability to cause extreme damage. A typical termite colony houses several thousands of termites, but a Formosan colony can contain several million. While they do live underground, they can also create nests aboveground, allowing them to easily travel as they rapidly destroy a structure.

A formosan colony also has a caste system: reproductive termites, soldiers, and workers.

To the untrained eye, a swarm of formosan termites might look a lot like flying ants, but there are differences. Termites have straight antennae and longish, flat bodies, where ants have curved antennae and a shorter body with a pinched-in thorax. Ants will have a more narrow waist, whereas a termite will have a more narrow waist. Formosan termites enter homes through any wood contacting the soil and use mud tubes as their highway into structures where they colonize and feed.

Signs You Have Termites

Termites are small and discreet, making it difficult to spot them before it’s too late. Instead of searching for the pests themselves, it’s easier to keep a lookout for signs of termite activity instead. These include:

If you’re still uncertain whether or not you have an infestation, consult a termite exterminator who can perform a thorough inspection of your home.

How to Prevent Termites in Tennessee

While there are precautions you can take to help prevent termites, they aren’t foolproof. What works for your neighbor might not work for you and vice versa—it depends on your unique home, the soil around it, and how vigilant you are.

Some steps you can take to prevent termites include:

How to Get Rid of Termites

Termites may be intimidating, but that doesn’t mean you need to panic if you discover an infestation. While DIY options may sound tempting, they’re often ineffective and actually give termites more time to do damage, costing you more money in the long run. The three main ways to treat termites are:

Instead of attempting termite treatment on your own, contact Sherrill Pest Control at 888-656-3345 for professional termite treatment! We’ve been helping neighbors just like you reclaim their homes from termites since 1965, so you can feel confident you’re in capable hands. Our state-of-the-art technology eliminates existing termites and prevents future infestations from taking hold, providing lasting protection for your biggest investment.

We offer termite treatment services in the following locations:

In need of termite treatment?

What Our Customers Are Saying

I have used 3 other pest companies in the past and none even come close to this place. Every single person I've talked to has been as friendly as possible and honestly treats you like family.

Get your free estimate!